Back to Woodworking & CNC Blog

Did you know that Cribbage was created after the English game “Noddy”? Cribbage was invented in the 1600s by a man named Sir John Suckling, who was a wealthy English poet. Today Noddy has disappeared, but Cribbage is still the game to play!

The game of Cribbage provides the players with anticipation of the luck of the deal and plenty of opportunities to show their skills in discarding and playing.

What do you need to play Cribbage?

What is the object of the game?

The object of the game is to go around the tracks/rows the same way a horse goes around an oval in a horse race, completing the course before your opponent does.  The first person (or set of partners) to reach 121 points by counting a combination of cards during playing wins.

How many players can play Cribbage?

Cribbage can be played with 2 or 3 players. Can also be played with four people and play two against two as partners (partners must be seated across from each other at the table). But Cribbage is basically best played by two people. The suggested age of players is 10 years old and older.

What is the Rank of Cards?

Keep score by using one of your pegs to jump over the other peg that is leading, the number of points you scored.

How to Play Cribbage – Cribbage Rules

To decide who is the starting dealer, both players (or partners) cut the deck and whoever draws the lowest card is the first dealer (if it is a tie then re-cut). The dealer alternates for each hand in the game (or clockwise if playing more than 2 people).

For each hand in cribbage, the dealer shuffles the full deck and deals six cards face-down, one at a time, to all players and puts the rest of the deck in the middle of the playing surface.

Each player picks up the six cards they were dealt and discards two cards face-down from the six. Those four cards that were discarded go into “the crib”, forming another hand of four cards that the dealer gets to score. (However, the four cards in the crib play no part in the first part of the game in which the cards are played out.) The dealer now has two hands with which to score points but is not allowed to look at the crib until it is time to count at the end of the hand and puts the crib aside for now. (If playing a 3-player game, the dealer only deals 5 cards to all players and puts one card in the crib and each player must put in 1 card into the crib. If playing with 4 players, the dealer deals 5 cards to each player and then each player puts in 1 card in the crib.)

After the crib is put away, the player to the left of the dealer cuts the deck of cards. The dealer turns up the top card of the lower packet and places it face up on top of the deck. This card is called the “starter.” If the starter is a jack, it is called “His Heels,” and the dealer pegs (scores) 2 points immediately. The starter is not used in the play phase of Cribbage but is used later for making various card combinations that score points when counting the hands.

After the starter is turned face up, the player to the left lays one of their cards face up on table and players play a card going clockwise around the table so the players hands are exposed card by card, alternately except for a “Go,” as noted below. Each player needs to keep their cards separate from those of their opponent and just placed them in a pile in front of them.

As each person plays, they announce a running total by the addition of the last card to all those previously played. (Example: One player begins with a four, saying “Four.” The next person (clockwise) plays a nine, saying “Thirteen”.)

During play, the running total of cards can never go past 31. If a player cannot add another card without going over 31, he or she needs to say “Go” and the player next to play pegs 1 on the board. After gaining the Go, the opponent must first lay down any additional cards (or 1 card if playing more than 2 players and continues to the players around the table until it totals 31 or no one can play) he can without exceeding 31. The last player to play a card after everyone has passed gets 1 point to peg. When a player reaches exactly 31, he/she will peg two instead of one for Go.

The player who called Go will then lead the next series of plays, with the count starting at zero. The lead may not be combined with any cards previously played to form a scoring combination; the Go has interrupted the sequence. The person who plays the last card pegs one for Go, plus one extra if the card brings the count to exactly 31.

Counting hands can be one of the more difficult tasks in Cribbage. By following this simple systematic approach outlined below, it can be done very easily.

When the play ends, the player’s hands are counted in order: non-dealer’s hands in clockwise order (first), dealer’s hand (second), and then the crib (third). This order is important as the game gets towards the end, one of the players may “count out” and win before the dealer has a chance to count, even though the dealer’s total would have exceeded that of the opponents. The starter card is considered to be a part of each hand so that all hands in counting comprise five cards (or less if playing more than 2 people). The basic scoring formations are as follows:

Example of Counting a Hand

The 29 is the highest possible score in cribbage, calculated from points awarded for various pairs and combinations of cards in a player’s hand. A perfect score requires having a jack card and all the four 5’s, one of which is the starter card being the same suit as the jack.

Every player must count their hand (and their crib when they have it) aloud and announce the total. If the player overlooks any score, any of the opponents can say “Muggins” and then score the overlooked points. For experienced players, the Muggins rule is always in effect and adds even more suspense to the game.

What card(s) should you throw into the crib and what should you hold in your hand? This question usually troubles all people who are learning to play cribbage. Here are some tips to help you.

The 5 card would be the worst lead card as there are too many ten-cards that the other players can make the count 15 and peg points. Do not lead with an ace or a deuce as these cards should be saved until later in the hand to help make a 1`5, a Go, or a 31.  A great lead is a four card because this card cannot be used to make a 15. It is recommended that during playing try not to make a count of 21, as the next player can play many of the 10-cards and make 31 to peg 2 points.

There are quite a few rules in Cribbage. That is why we have compiled all these Cribbage Rules into a PDF for easy access to the information whenever you need it.  Click here to download.

Cribbage is an excellent game and well worth learning. The game has many loyal followers and Cribbage loyalists have handed down the compassion for the game from generation to generation. You can play Cribbage anywhere with a standard deck of cards and a cribbage board. At The Original Workshop, we can custom design your cribbage board and you can enjoy the game for years to come! And enjoy these Cribbage Rules to help you play and win!

Ready for a fun game? Rummoli was first created in 1940 and... read more

Custom Woodworking Near Me - How To Find The Right Local Woodworker A... read more

Custom Cribbage Board for Your Home or Business Our custom cribbage boards are... read more 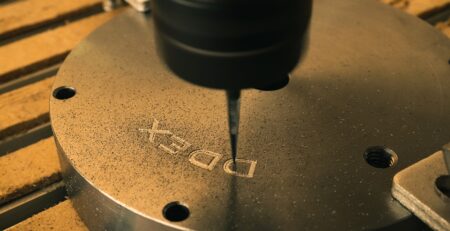 What is a CNC Machine?

CNC machining is a manufacturing process in which pre-programmed software commands the... read more

The secret of success of CNC machines lies in the CNC router... read more

We became as a result of our parent company, The Original Assistant owner’s passion for woodworking. Enjoying creating, designing, and bringing ideas to life! We use CNC Woodworking and Milling techniques, as well as traditional Woodworking techniques. Depending on the need and the complexity of the project. If you have something you would like to create, touch base, lets talk and figure it out.